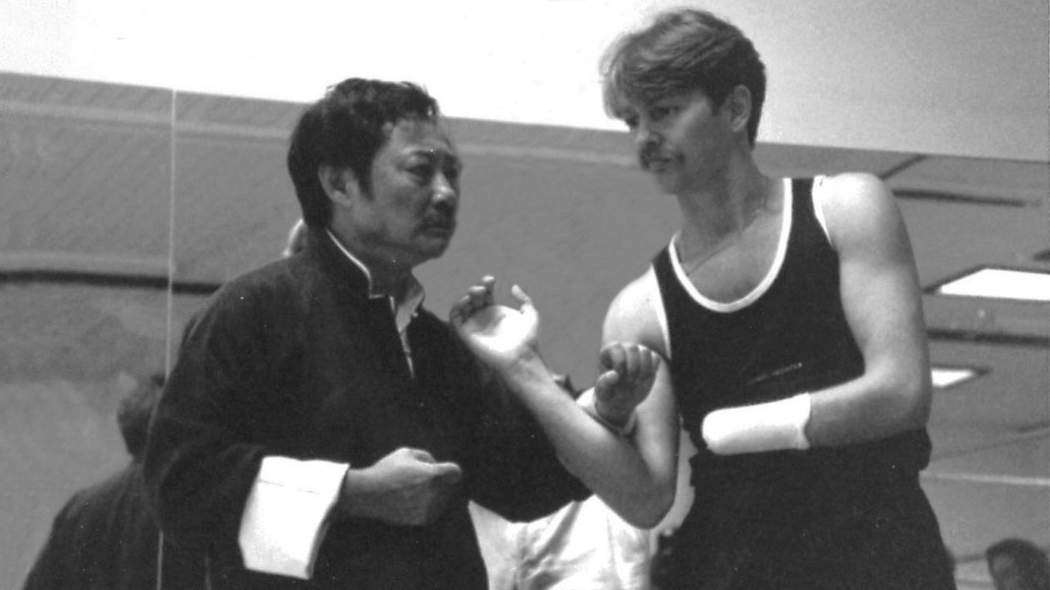 Ving Tsun Kung Fu is a Chinese art created about 400 years ago in the famous monastery of Shaolin. Created by a woman, he received such an approach to combat, where the technique overcomes the much stronger force of the opponent. It is one of the most effective systems of self-defense today in the world, which has multiple aspects of action, strengthens internal and external power, increases self-control, reduces stress, develops coordination, increases the concentration several times, it's easy to learn, does not know for age, and is suitable for both sexes.

Ving Tsun Kung Fu became popular thanks to one of the greatest martial arts skills of Bruce Lee, who used him as the basis of his skill (Jeet Kune Do) and took over a large part of the Ving Tsun system. In the last few years, Ving Tsun has been popularized through the Ip Man film on our screens, the true story of the greatest teacher of this style. Millions of people around the world today train this beautiful skill!

The most famous and respected of the Ving Tsun fighters is a man named Wong Shun Leung. Having fought victoriously in (some say) hundreds of challenge fights...

Nenad Koviljac has its own way of martial arts began with karate (1987.) in Sremska Mitrovica. After practicing Karate, he started Kick Boxing (1992.)...

Born 01.02.1985. in Belgrade, Ving Tsun began training in september 2010., in the BIGZ building, at Nikola Mitrovic and Jelena Fomicov school...

The most famous and respected of the Ving Tsun fighters is a man named Wong Shun Leung. Having fought victoriously in (some say) hundreds of challenge fights, Wong Shun Leung would later be dubbed by the Hong Kong press as “Gong Sau Wong”, or the “King of Talking Hands”. The character for Sifu Wong’s surname in Chinese is synonymous with the character for king, and “talking hands” was what people used to delicately describe a no-holds-barred challenge match.

Wong Shun Leung began his studies of the martial sciences with western boxing and Tai Chi. Having seen and heard of Ving Tsun fighting prowess, Wong decided to “visit” Yip Man’s academy. It was during the Chinese New Year, so many of Yip Man’s more capable students were not present. After defeating several of Yip Man’s students in attendance, Yip Man decided to take Wong on himself. After being soundly defeated by Yip Man, Wong Shun Leung began his tutelage under the grandmaster. According to Sifu Wong Shun Leung himself, Yip Man intercepted all of his attacks and backed him into a corner using only interceptions and good positioning, which impressed Wong quite a bit. So seemingly not offended, Sigung Yip Man instructed the young Wong Shun Leung to begin training at his school after the new year.

Sifu Wong (while acting as an assistant instructor) continued his study of Ving Tsun with Sigung Yip Man until Yip Man’s passing in 1972. Sifu Wong would go on and spread the fighting methods of Ving Tsun to literally thousands of people all over the globe until his own untimely passing on January 28, 1997.

Though known widely for his unparalleled fighting abilities, Sifu Wong Shun Leung was a friendly man whose down-to-earth demeanor often caught those first meeting him by surprise. Sifu Wong’s fierce reputation often instills in many an image that contradicts his actual appearance and demeanor. Many who first meet him are actually quite taken at how “normal” Sifu Wong appears. Sifu Wong Shun Leung was always ready with a smile and a joke to put who ever he was with at ease.

However, as soon as Sifu Wong began demonstrating his uncanny understanding of the Ving Tsun method, one immediately understands the source of his reputation. Pragmatic and honest, Sifu Wong Shun Leung knows that his approach works because he had used it successfully in every occasion. From his numerous challenge matches to his real life street encounters, Sifu Wong Shun Leung’s methods are formulated and distilled through bloody combat. He believed in what he taught. He offered his followers universally applicable fighting concepts that were simple, direct, and efficient, rather than situation-specific techniques and sequences.

Most importantly, Wong Shun Leung believed that Ving Tsun is simply a scientific tool created to serve its user. His pragmatic and logical approach together with his experiences as both a fighter and a teacher sets Wong Shun Leung apart the rest. Sifu Wong Shun Leung was a great man and is sorely missed by his students, family, and friends.

Philipp Bayer was born february 5th 1956., felt already attracted early in fareastern martial arts. In 1970., the supply of combat systems in Germany was still very limited. First and foremost, there were schools of Japanese and Korean styles.

Until 1976. he was interested in the Shotokan Karate, then, until 1979., he worked successfully with Tae-Kwon-Do. In 1979. demonstrated the then sole representative Ving Tsun Kung Fu. The reaction of the German martial arts scene in the Chinese martial system was similar to that in the collection of Jiu-Jitsu, Karate, Judo and Tae-Kwon-Do. Through a variety of demonstrations, the system could soon make a name. The directness of the combat system meant for many already active martial artist a fresh start. Including Philipp Bayer graduated from the first encounter with Ving Tsun and the obtained information that he had now found what he had in his hopes and expectations always been associated with Chinese martial arts. Immediately he began the sole representative of the system in Germany with the training. With the loss of his left hand in the fall of 1980. appeared his Ving Tsun career ended. His former coach were not ready to deal with this handicap. Neither the Philipp Bayer's obvious desire to learn Ving Tsun, yet the money invested and the applied time paid. It was clear to him that problems would arise, which account for another VT study impossible..

Confronted with a fait accompli, he decided on the spot, so in Hong Kong, to be informed. After vising various teachers, he found, in January 1983., Wong Shun Leung. Sifu Wong accepted the ambitious German than students in the traditional sense. He sat down seriously dealing with the problem of a missing hand and put the training in terms of it. Moreover, Wong Shun Leung offered an insight into the background of the Ving Tsun dispelled the illusions provoked in Germany and could answer questions. Through the internalization of Ving Tsun could be transferred to its applicability in many areas. Back in Germany, he was able to convince many seriously interested in the effectiveness of traditional Ving Tsun. Some schools changed immediately under his leadership. 1983. Philipp Bayer officially launched the “Ving Tsun Martial Art Association” (VTMAA) to give the Ving Tsun from Wong Shun Leung in Europe the rightful place. To expand his knowledge, skills and to complete the system, he traveled back to Hong Kong and invited Wong Shun Leung to Germany. The internal feuding of the Ving Tsun system and private changes led Philipp Bayer to withdraw from the official Ving Tsun scene and held trainings just in private.

In 1990. he founded, and sometimes because of the obvious need to. Ving Tsun Kung Fu Association Europe and thus tried to inform the public about traditional Ving Tsun skill throughout Europe holding seminars and at least once a year visiting Wong Shun Leung's students in Germany. Through the close cooperation between the two, and especially by the openness of Wong Shun Leung Philipp Bayer gained such a broad knowledge and a skill that he is now possible to help others to find their Ving Tsun. The commitment and energy applied to Philipp Bayer Ving Tsun to give the value in Europe that it deserves, is exemplary. Very personable along with great humor always has his modesty. Among his Ving Tsun friends he feels comfortable and enjoys their company. Next is also noteworthy that more clearly noticeable is how much fun he has at Ving Tsun. It turns almost everything about Ving Tsun, and also in his private life, he is always present.

He’s concerned with teaching and spreading Wong Shun Leung’s Ving Tsun system across Europe. He travels all over the world giving seminars.

Nenad Koviljac has its own way of martial arts began with karate (1987.) in Sremska Mitrovica. After practicing Karate, he started Kick Boxing (1992.), Taekwondo and parallel Wing Chun base. Nenad has participated in numerous seminars hosted by William Cheung in Serbia and abroad, in Italy (2001.) he earned his Sifu certificate.

Nenad is also practitioner of wrestling (grappling) and BJJ.

During his martial arts way, he is participant of the large number of competitions and tournaments, which the most noted is in the World Cup in Karlsruhe, Germany (2000.), where Nenad won first place in the disciplines Chi Sao and Sanda / Chinese Lei Tai Boxing.

In addition to the championships, in Serbia won the first places also.

In 2004., Nenad founded the Wing Chun Kung Fu Club Dragon SM from which later develop many quality practitioners, some of whom are established their own clubs.

Due to many years of work in the field of security facilities and bodyguarding, Nenad has always had realistic approach to training, which results in the beginning of cooperation with the Master Philipp Bayer, over Danijel Bićanić (Rijeka, HR) and Branko Mičić (Viena, AT), who are responsible for beginning Wong Shun Leung style in Serbia. Since 2010. he participated in numerous Philipp Bayer seminars in Europe as well as the organizer of the seminar in Serbia.

As a real practitioner, he makes global transition to the art of fighting that is based on the laws of physics - Wong Shun Leung Ving Tsun.

Dragon SM, Kuen NS and Center BG, with their students make "Chinese Boxing and Martial Arts Academy Dragon" with the main base in Sremska Mitrovica with everyday cooperation in the form of training, private lessons, seminars and casual gatherings that are an integral part of quality of life.

Born 01.02.1985. in Belgrade, Ving Tsun began training in september 2010., in the BIGZ building, at Nikola Mitrovic and Jelena Fomicov school Belgrade Dragon. He went to regular trainings three times a week, privately trained 1 time a week with Nikola Mitrovic and on saturday, he trained with Sifu Nenad Koviljac in Sremska Mitrovica. At such pace, he quickly acquires enough knowledge and skills to open his own school, more precisely in New Belgrade area, on september 3. 2014. He first held trainings for a small group of students, later as time passed and the number of students slowly increased, he decided to seriously deal with this and thus officially registered as a sports association “Ving Tsun Kung Fu Center”, which is trying to expand Philipp Bayer's Ving Tsun way of fighting in Belgrade area.

He regularly attends every seminar in Serbia that Sifu Nenad Koviljac holds, also together with Sifu Nenad, he travels all over Europe to the seminars held by Sifu Philipp Bayer.

V.T.K.F. Center was opened as a branch of the "Chinese Boxing and Martial Arts Academy Dragon" from Sremska Mitrovica, under the patronage of Sifu Nenad Koviljac.